The piano is a complex and fascinating instrument. While it was officially invented around 1700, its development was influenced by many other instruments and musical mechanisms. The piano we know today has a rich history that spans back to ancient times. This article will address all aspects of the piano’s history, from its predecessors to the people who have made it famous.

Predecessors of the Piano

The mechanisms of the modern piano originated in the monochord, an ancient instrument with one string. This later evolved into the polychord, which loosely corresponded with the piano in its development. It was invented by F. Hillmer in 1799, but the most well-known example is the prototype created in 1934 by the Greek inventor and musician Avangelos Tsamourtzis. This is a harp-like instrument with 117 strings spanning six octaves.

Other forms of the polychord are the psalterium and dulcimer. These are both varieties of the zither family (Greek cithara), a class of stringed instruments from which the guitar also emerged. The psalterium, or psaltery, is an ancient instrument comprising a wooden board or box with strings stretched across the surface. The dulcimer is an Appalachian instrument fretted with three or four strings.

The piano, originally called the fortepiano, is a hybrid of the harpsichord and the clavichord. Around 1700, Bartolomeo Cristofori from Padua, Italy, invented the first piano by combining the best elements of these two polychords. The harpsichord was praised for its volume, but it could only achieve one dynamic level. The clavichord, while more technically advanced and offering more artistic control, was too soft for most performance settings. Thus, the aptly named pianoforte was born.

Evolution of the Piano

Cristofori’s original design featured black keys with white accidentals. Sebastian LeBlanc, a family friend, suggested the switch to white keys with black accidentals. Three of Cristofori’s pianos survive today. They are located at the Metropolitan Museum of Art in New York City, the Museo Strumenti Musicali in Rome and the Musikinstrumenten-Museum of Leipzig University in Germany.

Cristofori’s piano was a relatively unknown treasure until 1711 when the Italian writer Scipione Maffei wrote an article about the new instrument. It wasn’t long before inventors and musicians pounced on the new idea, replicating the model with some small flair of originality. (In an age lacking standard trademark laws, invention “borrowing” was rather common.) A significant contribution to Critofori’s model was given by Gottfried Silbermann, who added the damper pedal–an important feature pianists rely on to this day.

However, there was at least one person who wasn’t so enamored with Cristofori’s new design: the legendary Johann Sebastian Bach. He didn’t like the sound at first, allegedly destroying the instrument with an axe, but he did eventually approve of the pianoforte after performing on it for Frederick the Great of Prussia. It quickly became the next hot item in Europe, signifying sophisticated elitism.

The piano underwent rapid development in the latter half of the 18th century. It especially flourished in the Viennese school, which produced pianos with two strings per note, wood frames and leather-covered hammers. A few models even reverted back to Cristofori’s initial white-on-black color scheme. Viennese pianos are perhaps best known for supporting the compositions of Mozart.

The piano’s popularity soared during the Romantic era, when emotional expression became a significant focus of the arts. Since the piano facilitates the achievement of nearly any dynamic and articulation, thus supporting a broad range of moods, it was the natural choice for many musicians during this time. For example, Franz Liszt, the great Hungarian pianist and ultimate drama king, was the musical heartthrob of his day.

Other great pianists include Sergei Rachmaninoff, who gave the piano symphonic capabilities through his sweeping style; Beethoven, who used the piano to redefine sonata form; Clara Schumann, the often forgotten wife of Robert Schumann, who standardized memorized piano performances; siblings Fanny and Felix Mendelssohn; Florence Price, who brilliantly combined European classicism with her African musical heritage; Van Cliburn, an American pianist who played his own part in the Cold War by winning the Moscow piano concerto competition; and the legendary Thelonious Monk, who gifted America with a rich literature of jazz piano.

More recent examples of brilliant and revolutionary pianists include Yuja Wang from China, known for her breathtaking interpretations of great classical works; Tigran Hamasyan from Armenia, whose improvisational style is inspired by Thelonious Monk and Middle Eastern melodies; and Nobuyuski Tsujii, a remarkable Japanese pianist who, despite being born blind, has amazed the world with his musical creativity.

Piano Literature Through the Years

Many consider Bach’s Well-Tempered Clavier the first significant contribution to piano literature. Although it was written for the harpsichord, it is widely used among both novice and advanced pianists who wish to improve their technical dexterity and musical precision. This collection, divided among two volumes, features two-set pieces–known as a prelude and fugue–for each of the 24 major and minor keys.

This collection was the epitome of Baroque piano music, but its influence is timeless. Elements of the preludes and fugues can be found in Beethoven’s music as well as the structures of some songs today. For example, Liszt’s Sonata in B Minor features a fugue section (a musical form in which the melody alternates between both hands). This kind of melodic interweaving can also be seen in popular songs and musicals.

The piano has played a special and significant role in the advancement of music all over the world. It is an instrument with almost infinite capabilities, and its potential is far from exhausted. You might just be the next person to give it something new. 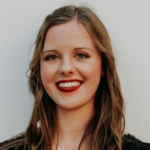 Why do drummers put pillows in bass drum?

What is a Clarinet? Top 10 FAQ Answered