From early hits, to hidden gems, a plethora of artists have taken the classic ROYGBIP and interpreted their own meanings to the classic rainbow.

While rainbows literally symbolize color after rain, some of these songs don’t always have a vibrant ending.

Whether these tunes hold nostalgia or newness, these different variations about rainbows may provide a whole new perspective on those technicolored arches.

1. “Somewhere Over The Rainbow” by Judy Garland

This classic song is probably the first that comes to mind when thinking about rainbows.

“Somewhere Over The Rainbow” performed by Judy Garland featured in the timeless film “The Wizard of Oz”, refers to Dorothy wanting to be free from her life in Kansas. Her salvation and happiness would be over the “rainbow”, where her life would be fulfilled with color and security.

This fantasy of a perfect life leads her on a journey out of Kansas to find a life that’s not black and white.

Next: 22 Songs With Pink in the Title

2. “She’s A Rainbow” by The Rolling Stones

This psychedelic staple personifies a rainbow by comparing it to a joyous young women who brings romance, vibrancy, and joy into everything that she does.

Mick Jagger and Keith Richards co-wrote the tune together which was originally released in November of 1967.

Anita Pallenburg, the spontaneous lover of Keith Richards, lead guitarist for the Stones, may have been the source of inspiration behind this song, but it was never confirmed.

3. “Pocketful of Rainbows” by Elvis Presley

“Pocketful of Rainbows” sung by Elvis Presley and written by Fred Wise and Ben Weisman was released with the 1960 album “G.I. Blues” as well as being featured in the “G.I. Blues” film. The sultry and timeless essence of Elvis’ voice brings a deeper sentimental meaning to the classic rainbow.

The tune exaggerates the concept that even if the world around you seems gloomy and dull, a meaningful relationship can make everything fade away and turn into colorful happiness.

The song delves into finding yourself and following your dreams and the end of the rainbow that you independently reach will be your own, original happiness, that can potentially positively touch every form of life you encounter.

In the movie, Kermit moves on to leave the swamp and spread happiness to tons of people.

5. “Colors Of The Rainbow” by Sevenn feat. Kathy

This deep electronic house bop puts an unconventional twist on what the meaning of a rainbow could be interpreted as. The heavy beat drop and infectious rattling bass suggest that someone or something can bring out all of your colors, like a rainbow. Sevenn gives this track amazing contrast between its live guitar, synthesizer melodies, and airy vocals by Kathy, leaving a more trippy significance to a rainbow that’s at your own discretion to interpret.

6. “Gravity’s Rainbow” by The Klaxons

The nostalgia that this 2007 indie rock jam brings gives a rainbow an entire new personification. The Klaxons use a rainbow as a symbol of defying gravity when you’re in love, and that romance can make rainbows that ascend into the sky. The seamless blend between the drum line and guitar embody what comes to mind when thinking of a 2000’s indie alternative song. Combined with the smooth falsetto lyrical melodies of lead singer James Righton brighten the deep tones the instrumentation brings about.

“Rainbowland” by Miley Cyrus is a bouncy electro pop tune that has a twang of country influence due to Dolly Parton being featured. Even though this song is seemingly upbeat to the ear, but holds a bittersweet tone in the lyrical content. The use of colors paint a vivid picture of the concept that the world needs to “join hands” and turn all the “blues” into blue skies and if we all made peace in the universe, we would be living in a fantasy “Rainbowland” as every person is a rainbow that makes a positive contribution to society.

Next: Top 10 Songs About Thunder

Pretty Lights brings a galactic feel to the wondrous colored arches with this electro dance bop. The main message of the track is that even though

there may be rain, sunshine always follows and brings about big dreams, which are symbolized as rainbows and waterfalls. The lead singer relaying these lyrical messages captivate the listener due to his deep smooth vocals. The pulsing synths in various octaves, twinkling effects, and chill bass drops emphasize the message of staying calm during dark times, because greatness is to follow afterwards. This track for sure will make your head bop and toes tap!

Moving on to another classic interpretation of rainbows, Lesley Gore’s “Sunshine, Lollipops, and Rainbows” emulates an infectious amount of sheer joy and positivity when listening. This upbeat finger snapper explains that being in love and having a partner by your side is an invigorating and happy feeling that even brings out an individuals inner luckiness. The tune, besides the romantic aspects holds open interpretation to feeling good and moving through life with a spring in your step. The ascending modulation of the chorus truly feels like you’re moving up the arch of a rainbow. If you’re having a bad day, or need some cheering up, this song will sure do the job.

“Rainbow Man” by Busy P is an intense electronic track that differentiates itself by actually not having any written lyrics. The song opens a forum of free interpretation for the listener to decide what they feel when playing it. Personally, I visualize shooting beams of rainbows filling up an empty room creating their own noise when I hear the shrill of the driving synth melodies and wobbliness of the bass.

11. “Lick The Rainbow” by Mord Fustang

Another track in the electronic genre is “Lick The Rainbow” by Mord Fustang. Under his artist alias Mord Fustang, Rauno Roosnurm is the mastermind behind the production of some of the greatest party anthems for the group LMFAO. This high energy upbeat house track features glitch hop elements that when listening, feels like you are being transported to what life is like living on a rainbow…sheer euphoria. Even though there are no lyrics to this track as well, the catchy and reoccurring melodies still make it memorable.

“Chasing Rainbows” by Robot Orchestra takes an instrumental lo-fi approach to such an electric nature phenomenon. The inspiration behind this song is trying to portray that often what happens before a rainbow is more important than the rainbow itself. The rainbow at the end of a crisis, or working extremely hard is a mere reward for all of the efforts previously and consistently made to achieving a goal. Even though this tune is a bit more mellow than what is generally thought about when picturing songs about rainbows, it definitely shouldn’t be overlooked.

The groovy cowbell and traditional hi-hat house rhythm create the base for this detailed adrenaline filled house track “Rainbows” by 16 Bit Lolitas. Aarian Olieroock and Peter Kriek are the Dutch duo behind the creation of this track and many successful house songs since 2003 when they first got together. This tune brings out a rapturous feeling and can add color on a dance floor or even on a long car ride.

“Rainbow” by Sia was created to be the lead single in the animated film, “My Little Pony” as well as the “My Little Pony” soundtrack. The song’s main message is about helping someone or yourself through pain, and even when it feels like all magic has been lost, the sunshine will always reappear if you continue to stay motivated and push through troubled times. The recognizable tone of Sias voices and the buildup of the instrumentation underneath it ties together the elements of triumph after making it through crisis.

Being the most unconventional version in our Songs About Rainbows guide, “Black Rainbows” by Miracle Musical puts a darker twist on an illusion that is known for its colors. The song is about two lovers who can’t even describe how complex there relationship is, hence comparing it to a black rainbow due to the fact that they can’t identify where the vibrance of their love is coming from. The droning male voice mixed with the tones of the female melody certainly leaves an element of mystery adding to the deeper message.

Kesha’s “Rainbow” is a mid-tempo pop song that uses angelic strings, smooth piano, and a quirky tambourine to bring her emotional message to life. While in rehab, Kesha wrote this song to demonstrate that your bad past decisions and the negativity surrounding it doesn’t define you, it’s how you move forward and reach salvation that needs to be emphasized. “Rainbow” not only was made to help Kesha, but to serve as inspiration to whoever listens that they can make it through anything.

The piano ballad “Rainbow” by country singer Kacey Musgraves is a beautiful piece made for anyone who needs a bit of hope when dealing with weight on their shoulders. The song was written by the artist after reading

her horoscope and was originally a message to herself after her grandmother’s passing, which has now become an anthem for so many people.

“Rainbow” by Battles in an abstract alternative interpretation to a traditional rainbow. The song is formatted in almost a jam style that brings a feeling of chaos and wonder to what the typical reaction that people have when seeing a gleaming rainbow after a storm.

This dreamy soulful interlude to Mariah Carey’s 1999 album “Rainbow” is a simple and soft start that sets off the tone to the rest of the tracks with a feeling of inspiration. Carey goes on to sing about finding the end of her rainbow and following the path she’s meant to take to get there, which could be easily understood by any listener, anywhere in the world!

Written by Wayne Carson Thompson and performed/made famous by the Memphis blues soul band The Box Tops, “Neon Rainbow” is classically arranged with the sweet sound of a horn section, acoustic drums, and piano. The song has a sweet meaning towards our beloved rainbow, explaining that life is painted differently by everyone, and the vibrancy of your own “rainbow” makes up the universe simply by how diverse we all are.

21. “Paint A Rainbow” by My Bloody Valentine

“Paint A Rainbow” by My Bloody Valentine is an alternative rock track that has such a nostalgic sound to the roots of this genre. Pertaining to the lyrics of the song, the tune in its entirety are composed of different metaphors taken from the classic image of a rainbow, but mean something much more dark, dirty, and suggestive. If you’re interested in all of the details, you may want to conduct personal research on this one.

22. “Over the Rainbow” by Israel Kamakawiwo’ole

Ending our Top 22 Songs About Rainbows is probably the most popular arrangement, “Over the Rainbow” by Israel Kamakawiwo’ole, adopted from our first song on the list “Somewhere Over The Rainbow” by Judy Garland. The tune is simplified to just a soothing voice and a ukulele. The raw emotion in this version is what as truly made it so well known, and has breathed new life (and color) into the original version.

In conclusion, a rainbow can mean so much more than just a few colors after a rainstorm. We hope you are as shocked at some of these adaptations and meanings rainbows have to these artist, and consider adding some of these vibrant tunes to your favorite playlist! 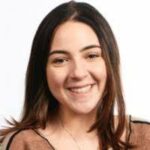 This author does not have any more posts.

22 Songs With Pink in the Title

Piano vs. Keyboard: Can you learn to play piano on a keyboard?